Strata building defects off to a false start

The new building defects regime for strata schemes is supposed to start on 1 July 2017. However, a bill is currently sitting in parliament which (if passed) will delay commencement until 1 January 2018.

It won’t be debated in the legislative assembly until 20 June 2017 at the earliest, which means stakeholders will be left waiting until the last minute to find out whether they will need to comply as at 1 July.

The new regime is primarily set out in part 11 of the Strata Schemes Management Act 2015 (NSW) (‘Defects Regime’), and the bill which contemplates pushing out the commencement date for this regime is the Electronic Transactions Legislation Amendment (Government Transactions) Bill (‘Bill’).

It has already been passed by the state legislative council, but it won’t be debated in the legislative assembly until 20 June 2017 at the earliest.

When do strata managers need to be across this?

Despite an approaching and uncertain start date, it will be some time (perhaps years) before strata managers start to see this regime impacting their practices.

It is intended that the Defects Regime will only apply to construction contracts signed, or works that begin, on or after the commencement date of the regime (i.e. on or after 1/7/17 or 1/1/18, depending on whether the Bill is passed).

It follows that a strata manager will not be involved in implementing or monitoring compliance with the new regime until after construction is complete and the new strata scheme is established.

How will the scheme work?

We think it is highly likely that the Bill will be passed before the 30 June deadline and therefore the commencement date will be pushed out to 1 January 2018 – but here’s a quick refresher on how the Defects Regime will work just in case it isn’t delayed.

The law will apply to any building work carried out on strata scheme buildings that are wholly or partly residential (including mixed use buildings), unless they are eligible for home warranty insurance (or would be eligible save for the contract price being below the specified threshold).

Developers will be required to provide a ‘building bond’ (equal to 2% of the contract price of the building work prior to an occupation certificate being issued) to the Secretary of the Department of Finance, Services and Innovation (‘Secretary’).

Developers will be further required to appoint an independent building inspector within 12 months after the completion of the building work.  Assuming the appointment is not contested, the inspector must carry out inspections on the building work and provide interim and final reports to the Secretary.

One of the main reasons for the proposed delay to Part 11 is to give Standards Australia enough time to complete the new national standard they have been working on known as AS4349.2 – Group titled properties. The standard will form part of the defect inspection report that is applied by the scheme.

If the report identifies defective building work, the building bond can be used in part or in full by the Secretary to compensate the owners corporation for any cost incurred towards rectification. However, the Secretary may refuse or reduce a claim on the building bond if the developer is unreasonably refused access to the scheme to rectify the work themselves.

The building bond must be returned (in whole or in part) if it is not used for rectification, there is surplus remaining after rectification works are completed, or certain timeframes or other provisions in the legislation apply which trigger its return.

DISCLAIMER
This article is intended to provide commentary and general information. It should not be relied upon as legal advice. Formal legal advice should be sought having regard to any particular facts or circumstances. 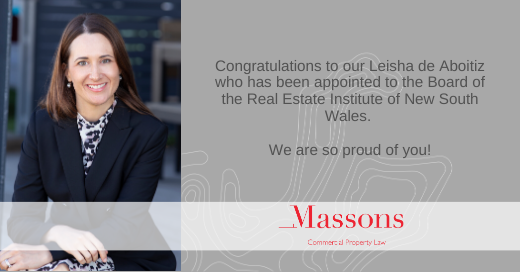 The fiery fallout of combustible cladding 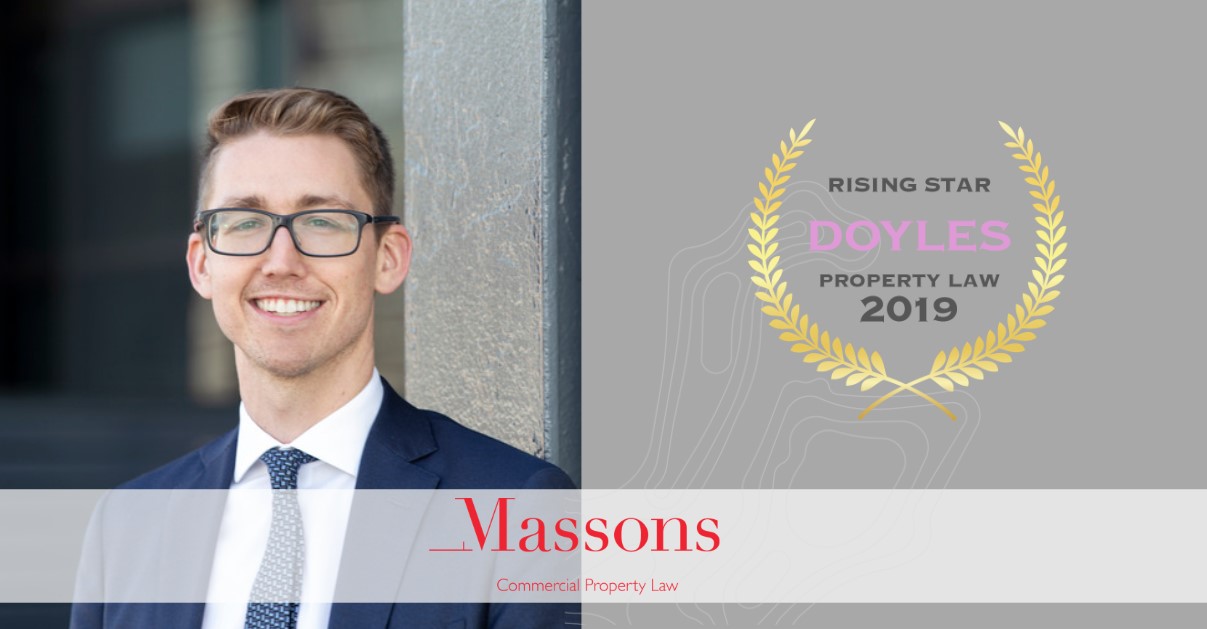 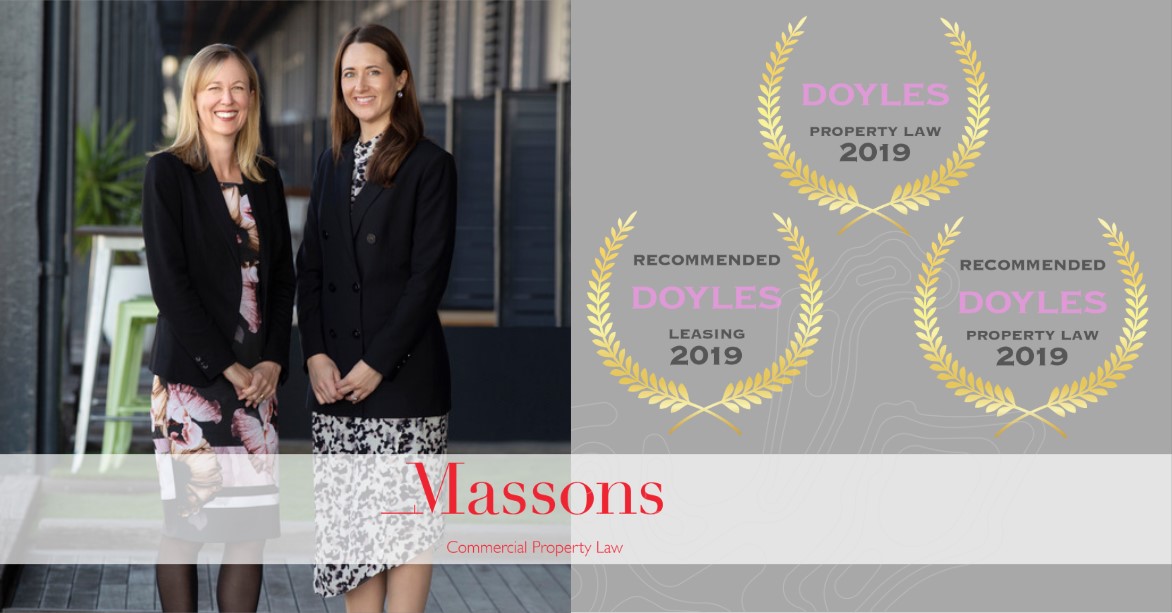 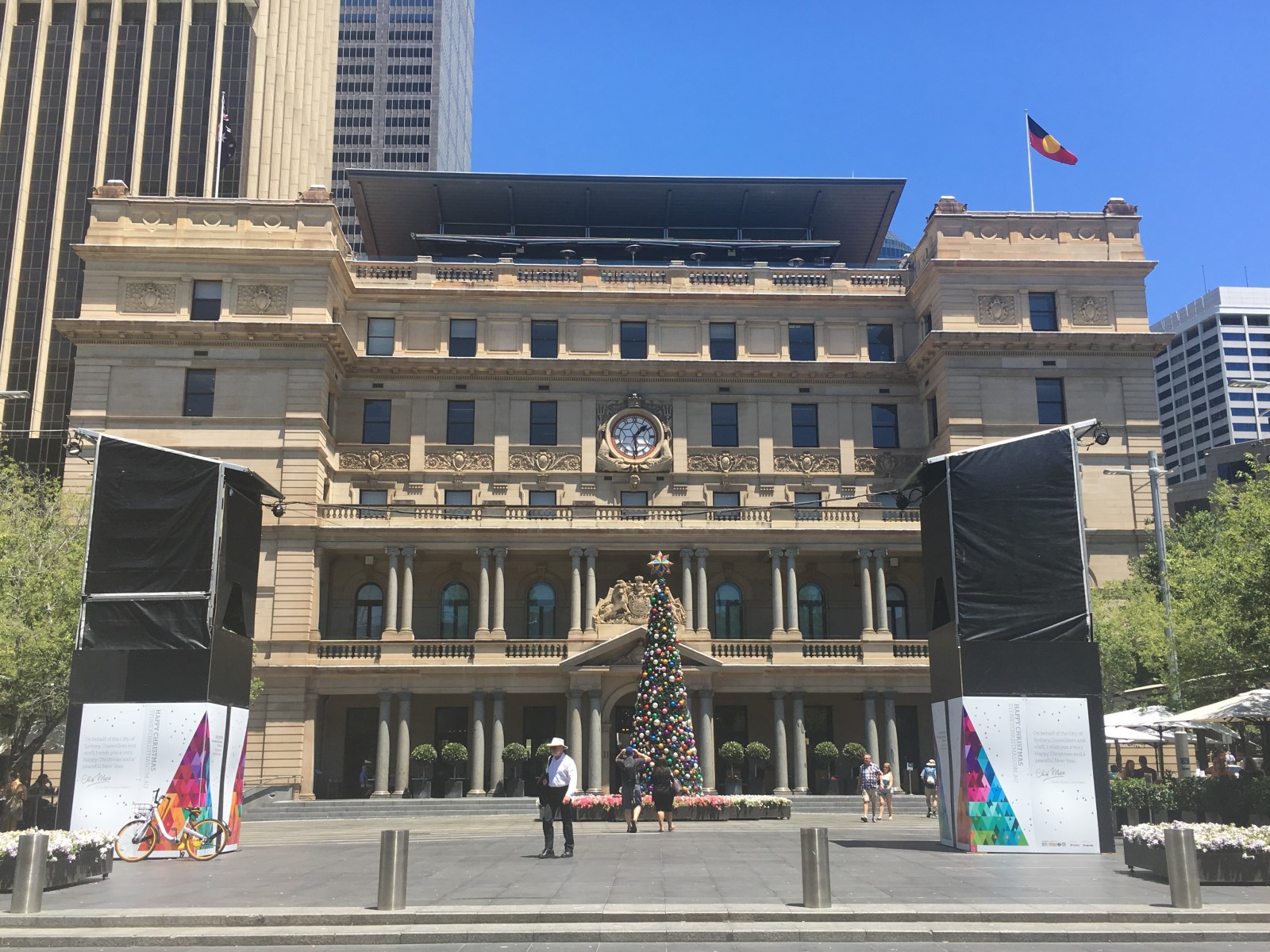 It has been a big week for Massons! We are excited to be nominated as a finalist in the 2019 Australasian Law Awards “Law Firm of the Year (1-100 Lawyers)” category.  Thank you to all of our amazing staff and valued clients for helping us to achieve this recognition. 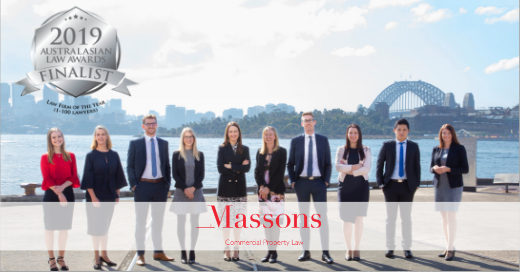